Producing good quality chocolate requires a very precise production process. The cooling and heating of the cocoa during mixing, crystallization and conching, requires the utmost accuracy. With Omega Laser Plates the temperature can be regulated evenly and consistently.

To create the desired form in the later stages of processing, it is important that the temperature does not get too hot. After all, chocolate cannot melt. In the most advanced chocolate cooling tunnels, our Laser Plates are designed to provide accurate cooling of tempered and processed chocolate products.

After the cocoa beans have been carefully cleaned, they are roasted on the grill or in large rotating troughs with warm air. These troughs can be manufactured with Laser Plates to heat the incoming air. The beans get their typical roasted cocoa aroma and brown color by roasting them at temperatures between 50 °F and 300 °F. During this process, the caps come loose from the beans. Depending on the taste, this process can take between 10 and 35 minutes. For example, bulk cocoa is roasted at higher temperatures than more exclusive types of chocolate.

The melting of chocolate must be done slowly and at low temperatures, with a small delta T. If the temperature of the chocolate becomes too high during melting, aromas disappear and the couverture becomes granular and dull after stiffening. The cocoa tank must therefore be heated to a uniform temperature. In many cocoa tanks this is done with our Omega Laser Plates. This ensures consistent heating of the tank to the temperature you need. The chocolate will be heated indirectly, slowly and evenly. This indirect form of heating has the effect of au bain-marie.

After melting the chocolate, the next phase is tempering or pre-crystallizing. An agitator at the bottom of the cocoa tank keeps the chocolate in constant motion. In combination with the temperature control, the pre-crystallization is set in motion and the good crystals are evenly distributed over the entire mass of the tub. Well-tempered chocolate has a crispy break, a nice shine, a good structure and the right melting point. The advantage of Laser Plates is that they can easily bring the chocolate to the desired temperature.

To guarantee the hygiene requirements, we can supply Omega Laser Plates with protective plastic film on the inside surface of the tank. Laser welding does not damage the film, so you can remove the plastic film any time.

Do you want to know if Laser Plate Heat Exchangers are a solution for your application? Don’t hesitate to contact us. 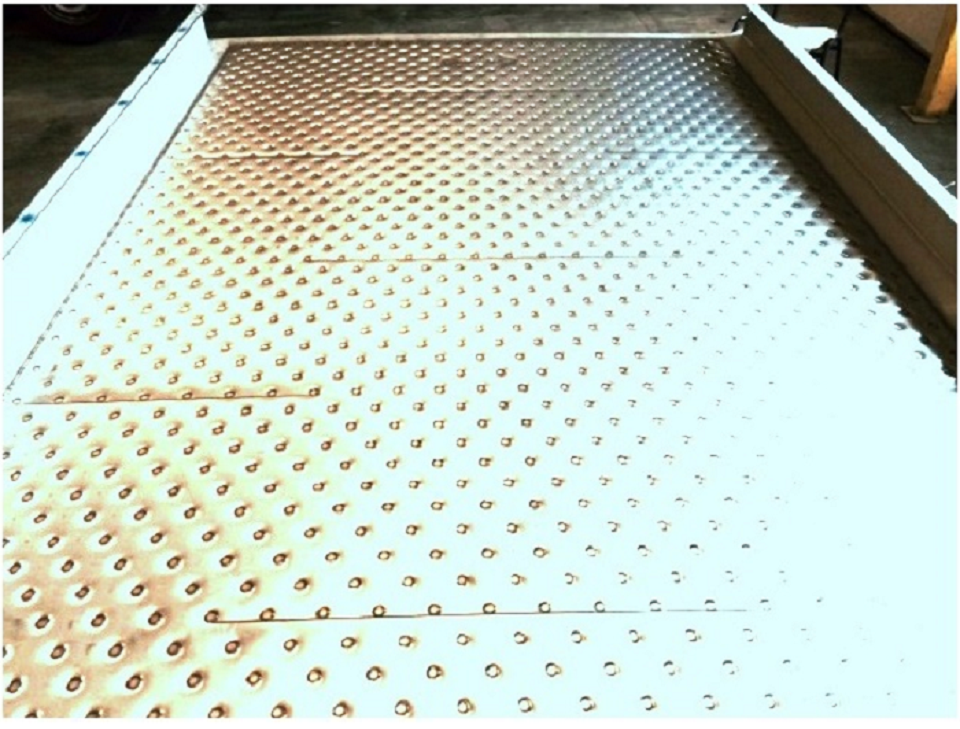 LASER PLATES AS A BOTTOM FOR COOLING TUNNELS

Our Laser Plates are used as bottom plates in the solutions where high cooling performance is required.

RELATED PRODUCT FOR THIS MARKET

Laser Welded Pillow Plates can be used in all industry which require Heating & Colling Of Product.

Heat and Cool your product with customized design for your Tank.

Any Existing Tank can easily be converted into a Heating & Cooling by using our customized Clamp On Plates.

Omega Falling Film Chillers are water coolers which provides low temperature water to users in a short period of time.